"Charlie and the Chocolate Factory" - 4

Today the book club started out with an exciting competition - the big bookworms presented their character sketches of their own created child-characters, who have 'supposedly' won the fifth golden ticket for visiting Mr. Wonka's chocolate factory. Umm Uzair distributed among kids folded pieces of small papers with numbers in them - this way, kids got to know the order, in which they would be presenting. As each child came up in front, Umm Uzair wrote their number and name on the whiteboard, along with the name of their created character. Masha'Allah, we had nine presenters and this is how the list looked like: 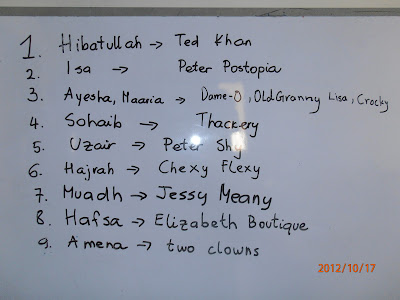 We really enjoyed hearing the presentations, seeing the illustrations and even live demonstrations of the children's stories, Alhamduillah. All the children had put good effort into creating their characters and all of them really could have been the fifth finders of the lucky tickets.

However, we had to find the one winner of our competition. So after hearing the character sketches, Umm Uzair once again distributed small pieces of paper to all mothers and children in the room, on which they wrote the number of the presentation they liked the best. She later counted the votes and got an obvious winner - Hibatullah (the youngest of all our participants!!!) with her character of  Ted Khan, who never liked to take shower and was tricked into washing his hands and mouth by his parents, who promised him in return a Mr. Wonka's chocolate bar, which turned out to be the lucky holder of a golden ticket. Here is part of Hibatullah's story, which she wrote out all by herself:

And here are some of the other stories we heard today:

After the competition presentations, the big bookworms continued reading "Charlie and the Chocolate Factory" by Roald Dahl to find out who the real winner of the fifth ticket was. 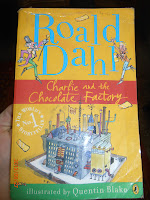 As the story continued, Charile's life took a turn for the worse: his father lost his job and meals at home became scarcer than ever. Charlie showed certain wisdom that only children can; by moving more slowly, not going out to play and setting off for his walk to school much earlier than usual, he would conserve some of his body's energy. His family was fretting with worry, they could see he was starving, and no matter how they tried to give him their share food, the good little fellow refused to take it. It was now, when things seemed like they could get no worse that a wondrous thing happened... what could that be? I bet you can guess, and surely you are right! Follow along with the us, bookworms, if you can, tonight... 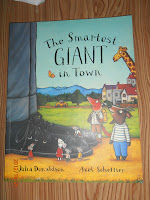 The small bookworms heard a wonderful story about a Giant - presented by Fatima and her mother. It was "The Smartest Giant in Town" by Julia Donaldson. The main character of the book George the giant wished he wasn't the scruffiest giant in town. So, one day, when he saw a new shop selling giant-size clothes, he decided it was time for a new look. With smart trousers, a smart shirt, stripy tie and shiny shoes, George became a totally new giant. But, on his way home, he met various animals, who desperately needed his help... and his clothes!

As Fatima and her mother read this wonderful picture book, the other bookworms had to guess, which animals needed which of George's clothes. At the very end of the book, the animals thanked George for his kindness with a very special gift. What the gift was? Read the book to find it out! :) 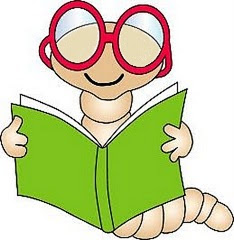 Welcome to the blog of our Bookworms Club! We are a group of home-schooled kids, who get together on Wednesday mornings for reading a story and enjoying some crafts activity. Read-up about our activities and try them out yourself.